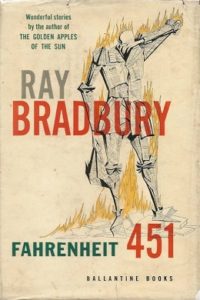 A library curator at the University of Iowa will join “Star Trek” actor William Shatner and a list of other celebrities, authors and science fiction experts in a Ray Bradbury Read-a-thon next month. The event on August 22nd will mark what would have been the famed author’s 100th birthday.

“The Read-a-thon will be about 40 people reading segments of Ray Bradbury’s famous novel, ‘Fahrenheit 451,'” Balestrieri says. “All of the clips from all of the different readers will be put together into one seamless audio-visual book.”

Balestrieri will read a six-minute portion of the book as part of the roughly-four-hour event. Top sci-fi authors who will also read aloud include Neil Gaiman, Marjorie Liu and Steven Barnes, as well as former NASA administrator Charles Bolden.

First published in 1953, the dystopian “Fahrenheit 451” has been a staple on high school and college literature reading lists for decades. “This is a story of a future time or an alternative time when books have been banned and firemen don’t put out fires,” Balestrieri says, “firemen hunt down people with books and then burn those books.” 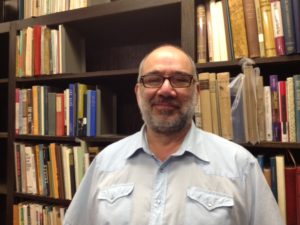 The story follows a firefighter who gets curious and starts to read books and quickly finds himself in a predicament. It also centers around how wall-sized televisions dominate the lives of most people who closely follow the characters they see. It remains one of the most frequently checked out books in libraries nationwide.

Balestrieri says the UI Library collections include many rare and first-edition copies of Bradbury’s works, as well as unique photographs of the author long before he rose to fame, and tales he wrote as a teenager.

“We have science-fiction fanzines that he worked on in the 1930s, both as a writer and as an artist,” Balestrieri says. “We have a lot of his earliest stories that were published in pulp magazines, and when I say we have them, I mean that we have the original pulp magazines.”