You are here: Home / News / ISU study: Knocking down vacant houses prompts neighbors to fix up their homes 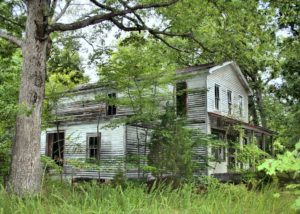 An Iowa State University study finds that tearing down abandoned houses may lead nearby homeowners to spruce up their their own properties.

Dan Kuhlmann, an ISU professor of community and regional planning, says he did extensive research on how the demolition of dilapidated eyesores positively impacted many of the neighbors.

“It’s partly an investment. We make maintenance on our homes because we expect our home to retain value if we invest in it,” Kuhlmann says. “When you demolish a structure that you think is dragging down your home prices, I think that also contributes to your decision to maintain.”

The research focused on cities like Cleveland, Detroit and Philadelphia, where the number of abandoned houses steadily rose in the wake of the 2008 recession. Communities across Iowa, too, had pockets of houses sitting empty — and that may still be vacant.

“This is a common side effect of the foreclosure crisis we had,” Kuhlmann says. “Some homes are resold and purchased by investors or people who are just not able to take possession quickly. But especially when you had homes that were foreclosed that were lower value and older, sometimes you just couldn’t find a buyer in the heart of the crisis.” 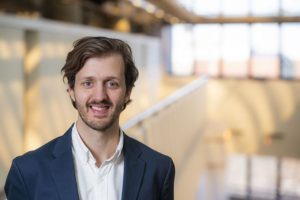 There are often legal issues with tearing down a house as sometimes it’s difficult to determine — or find — the rightful owner. It can also be very expensive to tear down a house, he says, as demolition in Cleveland was running between $10- and $15,ooo per house.

“Having a vacant lot is better, generally, than having a distressed and abandoned and boarded-up property,” Kuhlmann says. “But if you just have a vacant lot, people will dump there, it’s overgrown and it becomes an eyesore of its own.”

Even if a new home can’t be built right away, he says the land could be better used as a community garden, or perhaps an adjoining landowner could care for the property as an extended side yard.

The study is being published in the peer-reviewed Journal of Planning Education and Research.