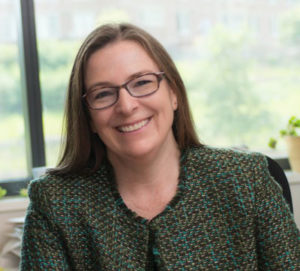 A University of Iowa study finds it takes much longer for farmers who are hurt on-the-job to get specialized trauma care at a hospital versus workers in practically every other industry.

Study co-author Corinne Peek-Asa, a U-I professor of occupational and environmental health, says the primary problem with the delay is the distance involved. “The main reasons are that farmers are just injured more remotely, so sometimes, it takes a little while to discover the injury,” Peek-Asa says. “If a farmer is severely injured in the field and they’re not able to call for help, it’s going to take some time just to realize they’re injured and to get help to them.”

The study found it takes farmers an average of two hours and 46 minutes to arrive at a definitive trauma care center, compared to one hour and 48 minutes for people who suffer rural, non-farm work injuries. That extra hour of time, she notes, can make a significant difference in a person’s recovery time, or even in their life or death.

Some might point to emergency medical service providers for the time lapse, but Peek-Asa says they’re not to blame. “It has nothing to do with training or the time the EMS responder takes at the scene or the decision that they make on which hospital to take you to,” Peek-Asa says. “The delay is due to the distance and some of the complications of where farmers are injured. It’s important to us to really point out that our rural EMS providers are doing a great job.”

Peek-Asa says advancements in safety are frequently being made, for instance, in the use of GPS technology to locate an injured farmer. “There are some very innovative things going on to help reduce tractor rollovers,” Peek-Asa says. “If a tractor rolls over, it alerts someone so help is sent right away so the delay of recognizing and discovering the injury is reduced.”

The study was based on figures from the Iowa State Trauma Registry on some 750 Iowa workers who suffered traumatic on-the-job injuries between 2005 and 2011, about one-fifth of whom were farmers. The study was published in the journal Injury Epidemiology.