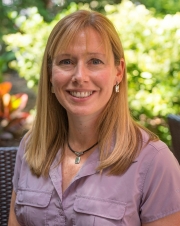 An ethanol plant in northwest Iowa designed to make the fuel from corn cobs and stalks rather than kernels has closed.

The Des Moines Register was first to report the “Project Liberty” plant in Emmetsburg had closed. Iowa State University agronomist Emily Heaton said in an interview with Radio Iowa that corn stover can easily be converted into cellulosic ethanol, the hard part is competing with the price of petroleum.

“It’s the same story of the plant in Nevada that DuPont closed and now unfortunately POET’s Project Liberty is closing and that is a real loss for Iowa,” she said. “Those were two, ground-breaking, first-in-the-nation cellulosic ethanol plants that simply couldn’t compete with the low price of oil that we’ve had for the last few years.”

DuPont closed its cellulosic ethanol plant in Nevada in 2017. POET shut down production at the Emmetsburg plant about a year ago and took steps to lay off all employees this summer.

“The idea was that we would get started to using corn stover to make cellulosic ethanol,” she said, “but then switch to using these high-yielding perennial crops, like switchgrass, to make ethanol.”

Heaton said switchgrass and other perennials that can used to produce ethanol have the side benefit of holding valuable Iowa soil in place and improving water quality.

“Really the opportunities that cellulosic ethanol presents for Iowa are huge,” Heaton said, “which is why the loss of these first generation corn stover plants is so real for the state.”

More than 2000 people — including the King of the Netherlands — attended the grand opening of the ethanol plant in Emmetsburg in 2014. The plant was a joint venture of a Dutch company and POET, an ethanol company based in South Dakota. The State of Iowa provided $20 million for job training and construction costs. The U.S. Department of Energy provided $100 million worth of grants to build the plant.