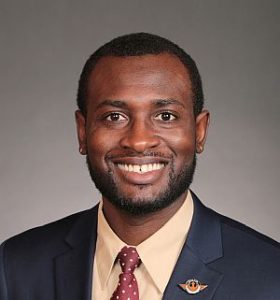 A group of Black leaders and activists are holding events around the state, trying to get the word out that most Iowans with past felony convictions are now allowed to vote.

Representative Ras Smith of Waterloo is a member of the Black Caucus in the Iowa House. “If we have to stand up as citizens and make sure that we empower people and let them know of their rights, we will do that,” Smith says.

Governor Kim Reynolds signed an executive order in early August that restored voting rights to an estimated 35,000 Iowans with felony convictions. The secretary of state’s office says at least 2500 of them had registered to vote by mid-October. Smith says it’s not too late to reach the other 30,000 or so with a social media campaign or some sort of direct contact.

“I’m calling upon our state government to do your job,” Smith says. “Step up. Support us in these efforts.”

On October 2, just before the early voting period began in Iowa, the secretary of state launched a website to inform people with felony convictions about their voting rights. Last weekend was the deadline for pre-Election Day voter registration, Iowa law allows voters to register at their precinct on Election Day and cast a ballot.