You are here: Home / News / Forecasters spot a ‘La Nina’ which could mean a frosty winter for Iowa 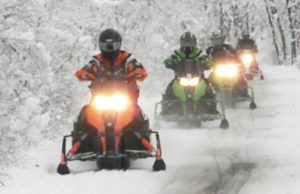 Could a La Nina system bring Iowa a colder winter?

The latest predictions show a La Nina weather system has developed in the Pacific Ocean and it’s expected to linger into spring — which may bring Iowa a colder winter and could influence the state’s weather well into 2021.

Matt Rosencrans, a meteorologist at the Climate Prediction Center, says they plan to update the forecast monthly.

“The La Nina forecast goes out about eight months, so if we were doing a forecast back in July, it wouldn’t have extended too far into next year anyway, so that’s one aspect of it,” Rosencrans says. “The other aspect is that you just have more certainty.”

Rosencrans says the center’s predictions are largely based on past observations.

“There’s kind of a new unpredictability die-off in this skill of La Nina at about six months, some seasons, it’s six to seven, in the springtime, it’s only about two to three months,” he says. “We really don’t have a lot of lead time on there.”

Rosencrans says they are confident of the impacts at least through February, while beyond that, there’s still some uncertainty.