You are here: Home / News / Halloween weekend may mean real-life scares with more drunks on the roads 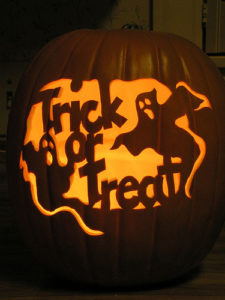 Halloween is tomorrow night, which also marks the end of Daylight Saving Time, as we move our clocks back an hour.

“This weekend’s going to be big for parties and people going out, especially with Daylight Saving Time ending this weekend, so that’ll be an extra hour at the bars,” McClure says. “We know there will be an increase of impaired drivers on the road. We want to remind people to designate a driver and get home safe.”

Even though trick-or-treating takes place early in the evening, McClure says those early party goers need to be aware there will be more people than normal out on the streets:

“With more people out and about, especially Saturday night, more kids trick or treating, even just a few drinks impairs your ability to drive a car safely,” he says. “We want people to be aware of that and not drive if they’ve been drinking.”

There will be more local law enforcement on the streets, too.

“As always, we have grant funds to have extra patrols out,” McClure says. “We will have officers out specifically looking for impaired drivers. Our goal would be to find no impaired drivers. That would be a great weekend for us.”

McClure hopes those people who are out partying will take advantage of ride shares or have a designated driver.