You are here: Home / Health / Medicine / U-I dean says COVID vaccine will take some time to get distributed 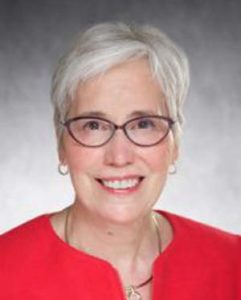 Drugmaker Pfizer says early results of its COVID-19 vaccine trial show it’s more than 90% effective, but the University of Iowa experts say it could be a while before it’s widely distributed.

Carver College of Medicine executive dean Pat Winokur says the FDA likely won’t approve the vaccine for emergency use until at least December. “It’s really important to continue with the face masks and social distancing and hand washing,” Winokur says. “It’s because it’s going to take us a while to get as many people vaccinated as we need to in order to start controlling the spread of this disease.”

The ongoing national trial consists of 44,000 participants, including 270 people enrolled through the U-I. Winokur, who oversees the Iowa City trial, says while the early results are promising, it will likely be several weeks before we’re rolling up our sleeves, as Pfizer still needs to submit its final safety data to the FDA.

“They have to see the data for safety, when at least half the people have gotten their second dose and have been followed for two months,” she says. The Iowa Department of Public Health along with local public health departments are working on vaccine distribution plans.

Winokur says health officials need to determine who gets priority for the vaccine as it will take a while for the company to ramp up production.