You are here: Home / Politics / Govt / Recount underway in Iowa’s 2nd district, closest federal race in the US 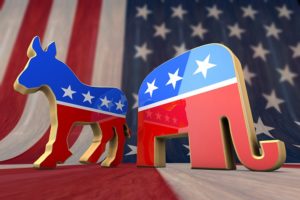 The recount of more than 400-thousand ballots cast in Iowa’s second congressional district race has begun.

There have already been recounts in two of the counties, after human error produced incorrect vote counts in Lucas and Jasper Counties from Election Night. Now, all 24 counties in the district will conduct recounts. The first is underway in Scott County.

The secretary of state certifies statewide election results on November 30th, so that’s the deadline for getting this recount completed.

This second congressional district contest is the closest federal race in the country. Each of the 24 counties in the district will have a “Recount Board” that consists of one person picked by Hart’s campaign, one person picked by Miller-Meeks and a third member who’s acceptable to both campaigns.

This three-person board does the recount — and decides whether it’s done by hand or whether the ballots are counted by machine.

The board is only tabulating the second district race and will NOT review ballots that local election officials disqualified previously, like provisional ballots cast by someone who never showed up to confirm they were an eligible voter.