You are here: Home / Business / Iowan featured in book about ‘Business Icons’ 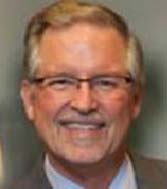 Jeff Busbee of Cedar Rapids was featured on Harrington’s program “Business Icons” and was later invited to be among some 30 financial advisors from across the continent to share their insights in the book, “Build Wealth Like a Shark.”

Busbee says Harrington is a high-energy person who brings that enthusiasm to every project. Busbee says, “He’s experienced to know the value of avoiding loss but he also knows that in order sometimes to build great wealth, you have to be open to new ideas and also be willing to accept a position that may incur some loss.” 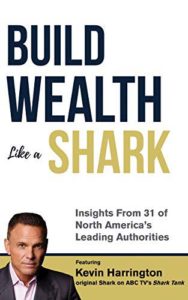 Busbee grew up on a farm in southeast Iowa and says he brings a “Midwest mindset” to the book, along with offering some valuable financial lessons he’s learned in his 35 years of retirement planning.

“My mission is to help business owners, executives and individuals who have worked hard and been successful at building wealth to be able to best enjoy their wealth, doing what they enjoy to do, with the people they care for, and using their wealth to have a positive impact on their communities,” he says.

While the value of savings needs to start when a kid first gets an allowance, he says the book targets people in the later stages of life who have already built some wealth — and want to build more.

As you start to save money or diversify your savings into different places, Busbee says to ask yourself whether you’d be more comfortable paying tax on the seed or the harvest. “Either by putting money into a retirement plan and the Roth after-tax section, or consider if you already have IRA or 401k money, consider converting part of that to some Roth accounts,” Busbee says, “pay some tax now at a tax rate you know, rather than just waiting until later on and a possibly higher tax bracket.”

He suggests signing up for payroll deduction plans like Health Savings Accounts or a 401k, and if your 401k plan offers a matching contribution, save enough to get the full match. The 224-page book is available now through Amazon.com.