You are here: Home / Fires/Accidents/Disasters / ISU building closed after fire 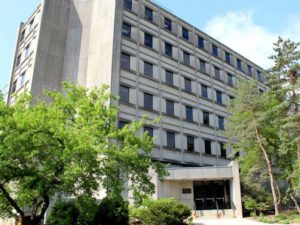 Fire struck a six-story building on the Iowa State University campus this morning.

The fire at Ross Hall was reported just after 6 a.m. and the Ames Fire Department had it extinguished by 6:45. ISU officials say the fire started in a custodial closet on the first floor.

Ames police say there was one person in the building at the time of the fire who made it out safely. Reports say there is smoke damage throughout the building.

The cause of the fire is still unknown and the building is closed. Ross Hall is used for a variety of classroom instruction, primarily in English, history and political science.