You are here: Home / Crime / Courts / Man sought in death of Ames woman 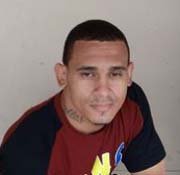 Ames police are looking for a man they call a person of interest in the death of a woman.

Police found the woman dead Saturday evening while conducting a welfare check at an apartment. They have not released the woman’s name — but investigators believe her death was a homicide.

Police at looking for 33-year-old Richard G. Fleck, also known as Rashaud Sims, as a person of interest in the case. Fleck is believed to be in the Kansas City, Missouri area, but police say he also has ties to communities in Texas and Mississippi.

Police have not released any other details on how the woman died.