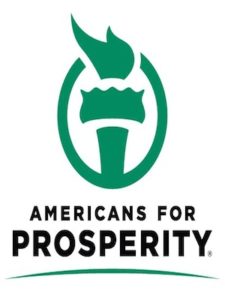 A group in the Iowa House is working on legislation that would erase the lowest level, non-violent felony convictions from a person’s record after a decade — if they aren’t convicted of another crime.

The person would have to complete their sentence and pay all fines and court fees in order to have a Class D felony expunged. Drew Klein of Americans for Prosperity is urging legislators to pass the bill.

“You’ve probably all heard me use that Ralph Waldo Emerson quote that, ‘If we treat people as they are. If we treat them as they could be, they become hopefully what they should be,'” Klein said during a House subcommittee meeting today. “And I think this bill moves us in that direction.”

Others say expunging non-violent felony convictions from decades ago can help Iowans qualify for professional licenses, get loans and sign leases. It would apply to non-violent offenses like criminal mischief, second degree theft or third offense drunken driving.

“It is a piece of criminal justice reform that I think is important,” Representative Mary Wolfe, a Democrat from Clinton, said. “Many other states allow felonies to be expunged. This bill is more restrictive than several of those other states. Obviously, if somebody has a felony back in 2010 and they have another felony, they wouldn’t be eligible under this.”

Wolfe, who is an attorney, has been working on the bill after trying to help clients get their gun rights back, “primarily so they could hunt with their children or grandchildren.

“I had no luck assisting them in doing that and I just think there should be a path forward for non-violent offenders to get their firearms’ right back without having to kind of plead with the governor’s office.”

Under current law, Iowa’s governor reviews and decides upon applications from felons seeking restoration of second amendment rights after they’ve completed their sentences.