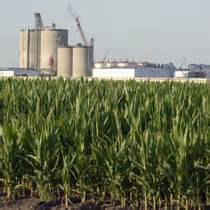 An Iowa company wants to build a pipeline that would pump carbon dioxide from 18 Midwestern biorefineries to North Dakota where it would be stored underground.

Summit Carbon Solutions plans to install equipment at ethanol plants from Iowa, Minnesota and the Dakotas to liquefy carbon dioxide from fermentation so it can be sent through the pipeline.

Renewable Fuels Association president Geoff Cooper calls the project a significant development for the ethanol industry. “And frankly,” Cooper says, “puts ethanol from corn, ethanol from these facilities on an even keel with the best electric vehicles that are out there in terms of their carbon footprint.”

Summit Agricultural Group CEO Bruce Rastetter says the project would take 10 million tons of CO2 out of the atmosphere each year, lowering the biorefineries’ carbon footprints. “And will allow them also to access and sell into more low carbon fuel markets, which are continuing to grow across the country.”

That list includes California. The state has regulations that incentivize the production and use of low carbon fuels.

Rastetter expects the pipeline project to be up and running in 2024.