You are here: Home / Agriculture / Iowa ag secretary asks Biden administration to back effort to curb ‘dead zone’ in gulf 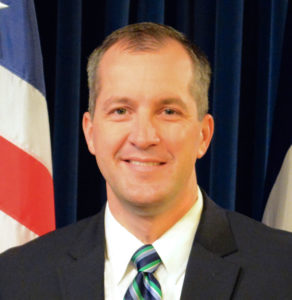 Iowa’s Secretary of Agriculture is co-chair of what’s called the Hypoxia Task Force, which works to reduce the size of the “dead zone” in the Gulf of Mexico through cutting nutrient runoff in the Mississippi River basin.

Secretary Mike Naig says the group, which represents 12 states in the region, recently sent a letter requesting support from President Biden and his administration.

“The federal government can help us with some resources and some regulatory relief, too,” Naig says. “The letter that we sent to the Biden administration, as they come in and set up shop and get their policies underway, that they remember and we encourage them to focus on and be a good partner to the Hypoxia Task Force.”

Naig says Iowa launched its nutrient reduction management strategies in 2013 as a way to reduce the size of the hypoxia zone, which covers more than 2,100-square miles of the gulf.

“You’ve got states all across the Mississippi River Basin that are implementing their nutrient reduction strategies,” Naig says. “That’s what we want to see, states being proactive, doing what makes sense in their state, working with all of their partners. We want to continue to see that great progress all across the region.”

Hypoxia is a lack of oxygen and in the gulf, it means plants die and marine life either dies or moves away. Naig says Iowa farmers are using techniques that are having a beneficial effect on the environment and in battling problems like hypoxia.

“We continue to focus on implementing conservation practices like no-till, reduced tillage, cover crops, building wetlands,” Naig says. “Those are some of the practices that we know, the science tells us those things work. If we see that change on the land, we know we’ll see an improvement in water quality.”

The group’s action plan has a near-term target of reducing nutrient loading to the Gulf of Mexico from the basin by 20-percent by 2025.