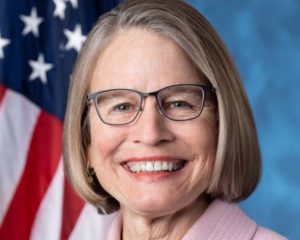 Republican Congresswoman Mariannette Miller-Meeks says “people should be outraged” that a U.S. House committee is considering her opponent’s challenge of 2020 election results.

After a recount in Iowa’s second congressional district, the state canvassing board certified Miller-Meeks as the winner over Rita Hart by six votes. House Speaker Nancy Pelosi was asked about the House Committee on Administration’s decision to examine Hart’s petition.

“They are following, as I read it, the requirements of the law, as to how you go forward,” Pelosi said.

And Pelosi said there “of course…could be a scenario” where Hart would be seated. During a Friday night appearance on the Fox News “Hannity” show, Miller-Meeks said the 22 ballots Hart is asking to be counted were “declared illegitimate” during the November recount of the votes cast in the 24 counties in the second district.