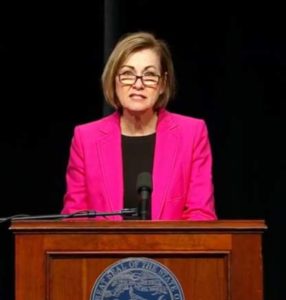 A state panel is predicting tax revenue for the State of Iowa in the next couple of years will continue to grow at a steady clip.

“The steadiness and persistence of Iowa’s economy means there’s, I think, a little less rocky of that path going forward than what other states might face and that’s what sort of gives me that confidence in the numbers,” said Michael Bousselot, the governor’s budget director, said during today’s State Revenue Estimating Conference meeting.

The projections suggest total tax receipts for the state will be 3.8% higher in the next fiscal year, which starts July 1st. The following year, the panel estimates tax collections will grow even more, by 4.5%. Governor Kim Reynolds issued a written statement after the meeting, saying the panel’s new estimate means legislators can eliminate tax revenue benchmarks and let a series of state income tax cuts take effect more quickly.

The governor’s budget director said the future state tax revenue predictions are based on consumer confidence as sectors of the economy like manufacturing and home building are growing.

“That confidence is obviously buoyed by $1400 stimulus checks that Iowans have received in the past days,” Bousselot said. “…It also means that there’s demand that will be delivered longer term.”

Holly Lyons of the Legislative Services Agency, another member of the group that sets state tax estimates, said there’s pent up demand for goods and services.

“Some economists are concerned that the pent up demand for spending may fuel inflation and recent market activity indicates that longer term interest rates are on the rise, ” Lyons said. “While rising rates are sometimes a sign of an overheating economy, they can be a sign of new life.”

David Underwood, a CPA from Clear Lake, is the third member of the group that sets state tax estimates. He said there’s still uncertainty in the economy and he’s a bit more cautious about state tax receipts than the other two members of the panel.