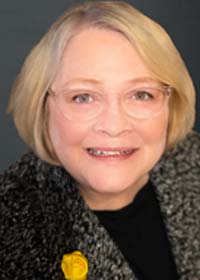 The Iowa House has unanimously voted to let adults who were adopted get a copy of their original birth certificate that likely shows the names of their biological parents.

“Today, about half of all states allow adult adoptees some form of access to their original birth certificate,” she said, “without the complexity of going to court.”

Anderson was 19 when she gave up a child for adoption in 1970. Anderson was only able to connect with her daughter in 2018 because each took an Ancestry.com DNA test.

“This bill is about the rights of a person…to find out about their ethnicity, medical history, family information and culture,” Anderson said.

An original birth certificate may be the only piece of paper showing the name a child was given at birth as well as the actual date they were born. Anderson said some adoptive parents choose to list the adoption date as their child’s birthday.

If the bill becomes law, biological parents would fill out a form to indicate whether they’d like to be contacted by the child they’re giving up for adoption or if they’d like their names redacted from the birth certificate. Representative Brian Lohse of Bondurant said biological parents would be given medical history forms than an adoptee could get when they become an adult, “so that they know what’s lurking in their genes.”

If the bill clears the Senate and is signed into law by the governor, state officials would launch a public relations campaign to reach parents who have already given up a child for adoption — so they can fill out those forms, if they wish.