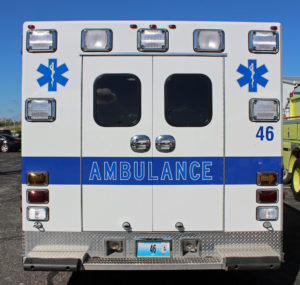 Officials have determined a northwest Iowa teen who was found unconscious in a hog facility Monday night died of accidental carbon monoxide poisoning.

According to the Kossuth County Sheriff’s Office, emergency personnel found 17-year-old Victoria Marie Parra Lerdo of Rockwell City lying unresponsive at a hog facility southwest of Swea City just after 9 p.m. Monday. An autopsy was conducted at the State Medical Examiner’s office in Ankeny on Wednesday. The autopsy ruled “the manner of death was an accident and the cause of death was carbon monoxide poisoning,” according to a news release from the sheriff’s office.

Parra Lerdo was assisting with the cleaning of the hog facility the night she died. An investigation found a power washing unit was being operated in the hallway of the building, near where the victim was working. Due to poor ventilation within a small area, Parra Lerdo was overcome by carbon monoxide fumes.