You are here: Home / News / Parents of Humboldt student accuse bus driver of bruising their son 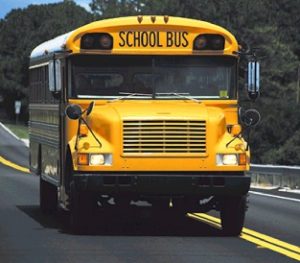 The parents of a five year old boy are accusing a bus driver in the Humboldt School District of physically abusing their child. Todd Oleson, the boy’s father, says the driver was out of line.

“I have a five-year-old son that came off a bus crying,” Oleson says, “that has told his mom that he’s scared to get on the bus now, because a man put his hand on his neck.”

The Olesons, who live in Webster County, say the alleged incident happened as the boy was being dropped off Thursday afternoon. Todd Oleson says they originally were going to let the district handle it internally, but felt school administrators were not taking their concerns seriously enough. He says there is video from the camera on the bus.

“I had multiple adults watch that video — a superintendent of the school district and a transportation director — to confirm something, an assault happened on that bus, with physical proof on my son’s neck that something happened,” he says.

The Webster County Sheriff’s Office took an incident report on Thursday night. On Friday evening, Sheriff Luke Fleener said the findings have been sent to the Webster County Attorney’s Office. A decision on whether charges will be filed against the driver is expected sometime this week.

In a written statement, Humboldt School Superintendent Jim Murray said the district is following procedures and investigating this issue and cannot publicly comment on personnel matters. The superintendent did confirm the driver is currently on paid leave.