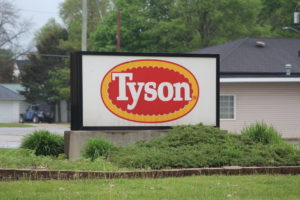 A northeast Iowa manufacturing plant will likely be operating under new ownership by the end of this year.

The sale is expected to be complete by October, pending regulatory approval and other customary closing conditions. Once the transaction is finalized, Tyson Foods’ pet treats business and the nearly 300 people who work at the Independence plant will become part of General Mills.

According to Tyson officials, sales generated by the company’s pet treat business totaled more the $240 million in the 12 months that ended April 3.