You are here: Home / Fires/Accidents/Disasters / Authorities identify fisherman who died at Lake Rathbun 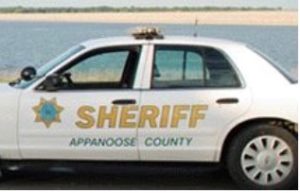 The Appanoose County Sheriff’s Office has identified the fisherman who died at Rathbun Lake on Friday.

Witnesses say they saw Rosenberger was fishing from a boat in Lake Rathbun Friday afternoon and then they noticed he was floating in the water.

Boaters in the area quickly reached the man and started CPR until emergency crews arrived.