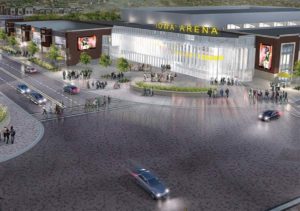 The Iowa Economic Development Board has approved provisional funding from new hotel/motel and sales tax revenues for six Reinvestment Districts.

The City of Ames has approval to spend $10 million on a proposed downtown district that includes an indoor aquatics center and a new full-service hotel. Cedar Rapids received $9 million for developing residential and hotel spaces and entertainment venues.

Des Moines received more than $26 million for a project that involves building a hockey arena in a shopping mall. Des Moines also is getting $23.5 million for projects on a former industrial site, including the Pro Iowa soccer stadium and three hotels.

Fort Dodge received $17 million to redevelop the Crossroads Mall. And Newton was awarded $14 million for the redevelopment of former Maytag buildings.

In other action today, the Iowa Economic Development Authority Board approved tax breaks for a company in Council Bluffs that makes bingo cards, pull tab tickets, and other products used by lotteries and charities. The Pollard Games facility in Council Bluffs will undergo a nearly $9.5 million expansion. The company plans to introduce new product lines and hire 151 more people when the project’s completed.

Evapco in Lake View makes products for the international cooling and industrial refrigeration markets. Its $12.5 million expansion is expected to lead to the creation of 83 new jobs. State officials say Dose Steelworks has outgrown its current facility and is getting state tax breaks as it converts a facility in Story City to manufacture its trailers. The company plans to spend $4.7 million on the project and create 14 new jobs.