You are here: Home / News / Miller plans to seek election to 11th term as Iowa’s AG 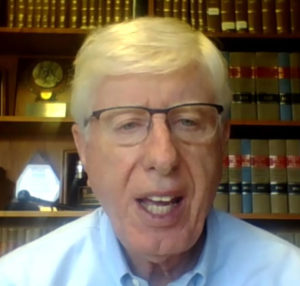 Miller, a Democrat, made the announcement this weekend at the Polk County Democrats Steak Fry.

Miller told the crowd he’s running again to tackle “unfinished business,” like overseeing a settlement with companies that spurred the opioid crisis and pursing allegations that Facebook and Google act like monopolies.

“The goal of the office is to use the law to serve the interests of ordinary Iowans,” he said.

Miller, who is 77 years old, was first elected attorney general in 1978. Miller did not seek reelection in 1990 as he ran unsuccessfully for governor that year, then Miller regained the office of attorney general after the 1994 election. Miller did not have a Republican opponent in 2018, when he won a 10th term, and he defeated GOP opponents in the two previous elections by double-digits.

A spokesman for the Iowa GOP issued a written statement calling Miller “the most entrenched Democrat in Iowa.” A Republican candidate has yet to announce they’ll challenge Miller in 2022.