You are here: Home / News / Congressman Feenstra to run again 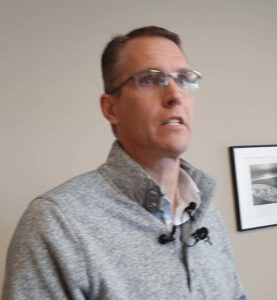 Iowa Fourth District Congressman Randy Feenstra has confirmed he is running for a second term. The Republican from Hull won his first term in 2020 after defeating incumbent Steve King in the primary.

“I am running for reelection because we have more results to deliver for Iowa. It’s been a great first ten months, I restored our seat on the House Agriculture Committee, passed needed disaster relief for our farmers, continue passionately promoting biofuels, helping our farmers, our Main Street businesses, our families,” Feenstra says.

He says he wants to continue working for those in the northwest Iowa district. “First of all, we have to defend our conservative values and promote Iowa agriculture. This to me has been such a serious issue because we are hearing about all these electric We are hearing about fake meat — yet we have cattle and hog feeders who are doing such a great job,” he says.

Feenstra recently announced he has raised more than one million dollars for his re-election campaign from more than 43 contributors. He currently has $630,000 cash on hand.