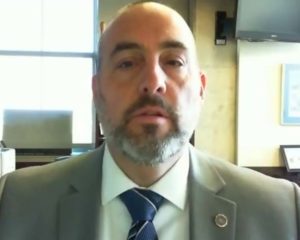 The Iowa Attorney General’s Office says a six-year effort to clear a backlog of untested sexual assault evidence kits throughout the state has wrapped up.

Iowa Public Safety Commissioner Stephen Bayens worked with the AG on the project.
“We thank the Attorney General’s Office for joining us in tackling this problem. And more importantly, we want to thank the victim advocates, the investigators, and the prosecutors who dedicate their lives to seeking justice for the victims of sexual assault,” Bayen says.

There were more than 4,200 unsubmitted sexual assault kits across that state, and the project used three million dollars federal grant money to test 1,606 kits. “The DCI Crime Lab is the only accredited forensic laboratory in the state that can process these kits. But the backlog had run so large over time that we would not process all of them,” according to Bayens. “Through this grant, we were able to work out an agreement with a private company to assist us in clearing that backlog.”

Bayens says they were able to create a tracking system so victims know where their evidence is — and also improved the speed of the system to allow them to process more kits.

“In 2018 the crime lab processed 439 sexual assault kits. In 2019, that number was 433. While in 2020, with the assistance of additional analysts — the lab processed 1,298 sexual assault kits,” he says. And this year they have already tested 734. The grant protocol excluded many kits from testing for several reasons, including the lack of police reports or victim information, or being too recent. Only kits collected before April 28, 2015, could be tested under the grant.

Bayens says the process is now keeping new kits from sitting in evidence rooms.
“Since the inception of this project with the Attorney General’s Office, the lab has seen an 87 percent increase in sexual assault kit submissions. Now, almost every law enforcement agency in the state are sending their kits to the lab,” Bayens says.

Attorney General Tom Miller says with the backlog of kits cleared up — he doesn’t believe it will become a problem again. “DPS has very successfully addressed the ongoing kits that are coming in. So, I think this will all work very well — at least we hope so,” Miller says.

Miller says many of these sexual assault incidents took place 10 or more years ago, and in most cases, victims opted not to re-engage with law enforcement. They have thus far filed criminal charges in four cases related to the backlog kits, with two convictions.