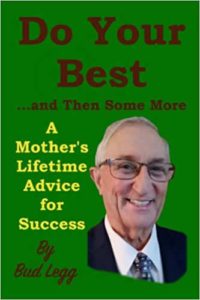 The former information director of the Iowa High School Athletic Association is the author of a new book.

Bud Legg spent 35 years as a teacher, administrator, counselor, and coach in Iowa schools in Oakland, South Hamilton, and Ames. Legg, who was a single parent of five, says he took the title of his book from a nugget of advice his mother used to frequently share with him.

“Starting when I went to high school and every time I changed jobs, she always told me, ‘Now, Bud, remember to do your best and then some more,'” Legg says. “I talked to her later in life and asked her what she meant by the ‘some more’ and she said, ‘The opportunity that you have with people. You only get them once. Make them count, because you can never revisit it the same way.”

The book is called, “Do Your Best and Then Some More.” Legg says the book, which was many years in the making, describes his philosophy on teaching and coaching.
“What I had outlined early as ten chapters became 19,” Legg says, “and then I started making some phone calls and reconnecting with some people and getting some information and it all came together.” 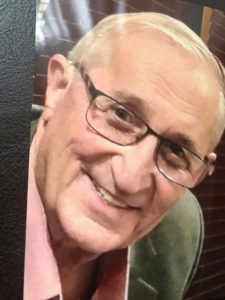 The book reveals how Legg parlayed his small school experiences and participation in activities into a career in education and service to others in Iowa — and nationally. Legg says he started the book in 2014 to fulfill a promise to his late wife.

Legg has served as a football and softball official and has done reports for a number of Iowa radio and television stations. You can find the book at Amazon.com.