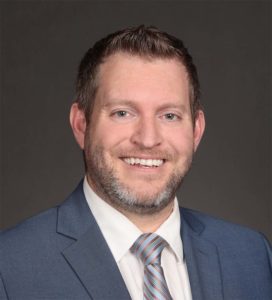 Governor Kim Reynolds says there are a few “bad actors” in any industry, but she disagrees with a general assessment that the media and Iowa teachers are pursuing a sinister agenda.

“It has become increasingly evident that we live in a world in which many, including our media, wish to confuse, misguide and deceive us, calling good evil and evil good,” Chapman said. “…The attack on our children is no longer hidden…We have some teachers who are disguising sexually obscene material as desired subject matter and profess it as artistic and literary in value.”

Reynolds has proposed that when parents raise concerns about books they consider to be “X-rated,” administrators and school boards must respond within 30 days and, if they don’t, the state Board of Education will. The governor’s also distancing herself from Chapman’s remarks.

“I’m not going to take any ownership of that. I hope he just misspoke and he’ll correct that,” Reynolds said during an interview with Radio Iowa. “But I think everything that I say, that I’ve said and done — not just said, but done — should let teachers know how much I appreciate (them) and especially appreciate them being in the classroom when so many other teachers across this country did not.”

Reynolds said there are individuals who hurt the reputation of many industries. “There’s bad politicians. There’s bad cops — every sector,” she said. “There’s bad media people.”

But Reynolds said she isn’t accusing teachers of having a “sinister agenda” and pointed to her support of teacher leadership and compensation program and the $1000 retention bonus for teachers she just announced last week.

“I’m the governor of the state of Iowa,” Reynolds said. “…I don’t hear anything in any of that that says I’m not grateful to the teachers.”

Democrats like Senate Minority Leader Zach Wahls say Chapman’s “hateful words” should be disavowed by all Republicans. Wahls said the governor should pledge to veto Chapman’s proposal to charge teachers and teacher librarians with a felony if certain books are used in class or are in the school library.