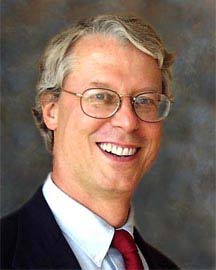 For the first time since the pandemic began, the U.S. Conference of Mayors is underway in person in Washington D.C., and three Iowa mayors are in attendance.

Des Moines Mayor Frank Cownie sits on the conference’s executive committee and says COVID-19’s persistence nearly forced them to go virtual, but they chose instead to enact very strict guidelines.
“Everybody has to bring their vaccination card. I tested before I left Des Moines and then when we got here, we all have wristbands that show that we test,” Cownie says. “I’ve tested while I’ve been here, ended up negative and they allowed me into the meeting.”

About 200 mayors registered for the conference but Cownie guessed at least 20 decided not to attend. Of those at the event, Cownie says 100% of them are masked and following the rules. “Those protocols that were put in place gave a little bit of relief to the anxiety that a lot of us had about what a gathering like this would look like,” Cownie says. “I think it’s good to be back together and exchange ideas.”

One focus of the gathering of mayors is to promote one’s city and to network with other mayors. Cownie admits that’s a little difficult as everyone’s masked and you can’t immediately recognize faces.
“Everybody has their name on so if you don’t exactly recognize it, you just glance down and look at their name tag and say, ‘Ah, holy smokes, you look a little different than a couple of years ago and with that mask on,” Cownie says, laughing, “‘but, good to see you, Bob!'”

The conference is a non-partisan organization of cities with a population of 30,000 or larger. The mayors of Iowa City and Waterloo are also there. The group’s 90th annual winter event concludes Friday.