You are here: Home / News / Iowa Senate bill on social studies class about the Bible 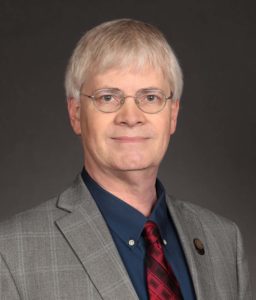 The Iowa Board of Education would be directed to adopt standards for public high school courses on the Bible if a bill that’s cleared initial review in the Senate becomes law.

Republican Senator Jeff Taylor of Sioux Center, a co-sponsor of the bill, said public schools wouldn’t be required to offer a Bible course, but it could become an option as a social studies elective if school boards approve.

“I would welcome more teaching of religion from a religiously neutral point of view in our public schools and this one is saying the Bible,” Taylor said. “And why the Bible? Well, because obviously it has a disproportionate influence in American history and American culture and in western culture in general…For just reasons of cultural literacy, there’s merit to this bill.”

William Jeynes, a professor at California State University Long Beach who is an advocate of Bible classes in public schools, spoke via video link during a Senate subcommittee hearing on the bill.

“The goal is to increase academic achievement and help students understand literature and history and clearly the Bible more than other religious books, much more than other religious books, has an impact in that way,” he said. “…I’ve done research on what’s taught in world religion classes and very understandably people are especially interested in the Muslim faith so that tends to be taught the most, by far, and so we do need this course.”

“We certainly feel that it should not be at the whims of the legislature,” Jeneary said. “…We don’t want the legislature to say that: ‘You have to learn this,’ and then a few years later a different make-up (of the legislature) comes and says: ‘No, you can’t teach that, but you’re going to now teach this.'”

“I think it sends the wrong message from the state of Iowa that we are unwilling to learn from all of the great insights into spirituality and religion and the human condition,” Quirmbach said during the subcommittee hearing.

The bill is eligible for a vote in the Senate Education Committee and must clear that committee by Friday to remain eligible for debate in the full Senate.