You are here: Home / News / GOP lawmakers release outline for next state budget 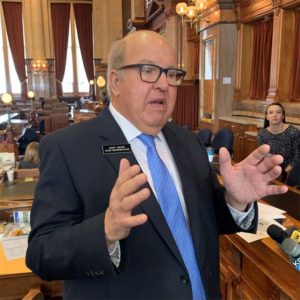 Republicans in the legislature have released their state spending plans for the budgeting year that begins July 1, 2023. House Republicans propose a 1.8% overall increase in general state spending.

House Appropriations Committee chairman Gary Mohr of Bettendorf said it includes a $31 million increase in spending at the state-supported universities and community colleges.

“We want to cut taxes, but yet we want to provide services to the people of Iowa, but we want to do it in an ongoing, sustainable way,” Mohr said, “and this is doable.”

“We’re doing some other things within the budget with other investments on worker training, other things like that to make sure that we’re trying to address this workforce shortage that we’re seeing across the state,” said House Speaker Pat Grassley, a Republican from New Hartford.

Republicans in the Senate are proposing a state spending increase of a little less than 1%. Senate Republican Leader Jack Whitver of Ankeny said overall budget negotiations are starting far earlier than usual, alongside debates on tax policy and last week’s decision that set the level of state spending on public K-12 schools.

“It’s a budget that does what I’ve said for a long time which is allow us enough room to continue to invest in priorities, while continuing to work on the tax reforms that we’ve been doing,” Whitver said.

“(Republicans) been really clear that they want to do this huge tax cut that’s primarily going to benefit the wealthy,” Wahls said, “and they’re willing to cut or underfund state services to pay for it.”

Wahls said increased state spending on higher education is critical and he points to the waiting lists at Kirkwood Community College for health-care related training.