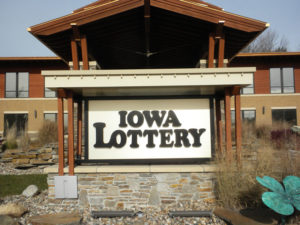 Iowa Lottery sales so far this fiscal year are nearly even through February when compared to the record set last year.

Iowa Lottery spokesperson, Mary Neubauer, says higher gas prices and inflation are starting to show their impact on sales. “That doesn’t leave as much money for entertainment options such as the Lottery. So, we are starting to see some of the impact of that,” Neubauer says.

Sales of Instant scratch tickets which have long been the Iowa Lottery’s top product are down two percent. “Scratch ticket sales probably have been impacted the most directly by these high costs we’ve seen that are impacting people’s pocketbooks. But we understand that,” she says.

MegaMillions ticket sales are down and some of that is due to people having less discretionary income — and a lack of bigger jackpots. “MegaMillions sales are down almost 30%. That’s what happens in a big jackpot game like that,” according to Neubauer. “Those sales are jackpot driven, and so in one year where you have a huge jackpot, you get a bin buster. And then the next year when you don’t have that big jackpot, you don’t see those same results.”

Neubauer says overall there’s no big concern in the numbers right now. “It’s not that Lottery is having a bad year for sure. We are still going to end up with think with the second-biggest sales year overall — but our sales are being impacted by the bigger picture we are seeing right now,” Neubauer says.

Neubauer and other Iowa Lottery officials said they expected things to level out after last year’s record year that was driven in part by the pandemic.