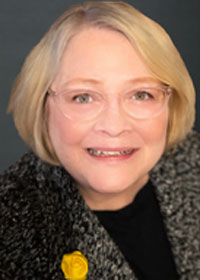 Advocates for victims of domestic violence and other crimes are urging lawmakers to dedicate more money to assist victims.

In 2021, 20 fatalities in Iowa were attributed to domestic violence — the highest level in a decade. Marti Anderson of Des Moines was director of Iowa’s Crime Victim Assistance program for 22 years before being elected to the Iowa House in 2012.

Anderson, who is not seeking reelection this year, said the work is not for volunteers, as it requires special training and that costs money. State funding for the Crime Victim Services division has been $5 million a year since 2016, according to Anderson.

“Those $5 million support nearly 100 programs in the state,” Anderson said. “Justice is not served until the victims of crime are served.”

By Anderson’s calculations, the state spend 99.2% more on the offenders than it does on victims.  “There is a lot of work to be done to assist crime victims in this state,” Anderson said, “and people who do the work should be paid for it.”

Republican lawmakers writing the state budget say they’re reluctant use state money to replace the reduction in federal grant money that has supported the state’s Crime Victim Services program in the past. Republican Representative Gary Worthan of Storm Lake said that federal funding “glitch” will be fixed in a year or two.