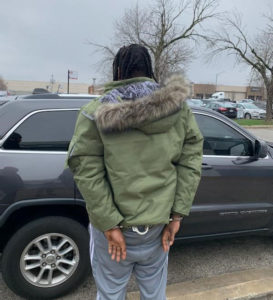 A second person wanted in the deadly shooting at a Cedar Rapids nightclub was arrested today in Illinois.

The U.S. Marshal Service announced they arrested 29-year-old Dimione Walker near Chicago on a first-degree murder charge related to the April 10th shooting at the Taboo Night Club in Cedar Rapids. He is also facing charges of intimidation with a dangerous weapon, going armed with intent, and being a felon in possession of a firearm.

Two people died and ten were injured in the shooting. Cedar Rapids police earlier arrested 32-year-old Timothy Rush on second-degree murder and other charges linked to the shooting.