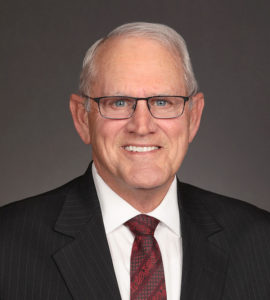 The legislature has sent the governor a bill that would set up a new January hunting season for deer in counties where some of the state licenses for harvesting antlerless deer were not sold. Senator Ken Rozenboom said the bill would let deer hunters use semi-automatic rifles during that period.

“The purpose of this season is not to hunt for sport, but rather to manage the size of the herd,” Rozenboom said, “which is why more efficient and effective firearms are being authorized.”

The bill cleared the Senate unanimously in April and the House approved it today on a 56-34 vote. Representative Todd Prichard, a Democrat from Charles City, said it’s a dangerous idea to use AR-15s to hunt for deer.

“The range that I’m familiar with this type of weapon and round is 3400-3600 meters,” Prichard said. “It’s about two and a half miles…five miles in diameter.”

Prichard, who is a major in the U.S. Army Reserve, said an experienced person using an AR-15 can hit a target that’s about six football fields away, but the bullets can fly a lot farther.

“I think I had something like 200 hours of basic rifle marksmanship to learn how to handle a similar weapon to qualify and to be combat certified,” Prichard said. “Are we going to require that for deer hunters now? I doubt it.”

Senator Rozenboom’s bill also calls on the Iowa Insurance Division, the Iowa DOT, the Iowa Department of Natural Resources and Iowa State University to complete a study of the state’s deer herd by the fall of 2023.

“To get a thorough look at the overall deer population and it’s impact on crops, on trees (and) property loss, medical costs and fatalities due vehicle accidents with deer,” Rosenboom said.

Rozenboom, who is from Oskaloosa and is seeking reelection to the Senate, said this won’t be the last bill he sponsors on the subject. “I have become convinced that the deer population in parts of the state, including in my senate district, that those populations are sometimes out of control,” Rozenboom said, “or out of balance anyway.”