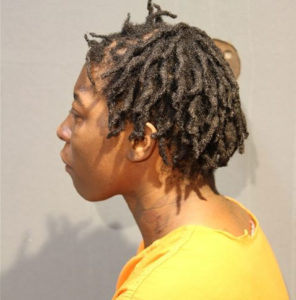 Sioux City Police are investigating a fatal shooting overnight. Sergeant Jeremy McClure says the call came in about 9 p.m. and they arrived at the address and found a man who had been shot.

“He was taken to Mercy One for treatment where he succumbed to his injuries. The officers’ investigation determined that there were two women inside the apartment where this occurred and their stories did not match the evidence that was found on the scene,” McClure says.”They initially reported that the man was on the porch and had told them he had been shot. However, after we conducted a search of the residence, we determined that one of the females inside the apartment had fired a shot through the door striking the man.”

Thirty-two-year-old Katrina Lashay Barnes is charged with second-degree murder, possession of marijuana, and possession with intent to deliver fentanyl. McClure says Barnes and the man knew each other.

“She’s in a relationship with the victim they’ve been living in this residence together for some time and they’ve been arguing throughout the day. The victim had left the apartment and when he returned and knocked on the door pounded on the door she fired a shot to the door,” McClure says.

McClure says the women failed to call police for 12 minutes after the shooting and then tried to conceal evidence. They charged the other woman, 25-year-old Jordyn Easton with being an accessory after the fact.