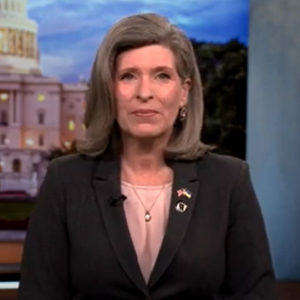 Republican Senator Joni Ernst is calling on the Pentagon to find new suppliers and stockpiling critical minerals, like cobalt and lithium “which are used to product engines, night vision equipment and other modern military technologies,” Ernst says. “For instance, the Air Force’s premier fighter jet, the F22, is made with layers of titanium alloy, much of which is sourced from Russia and China.”

Ernst, a member of the Senate Armed Services Committee, is joining with a Democrat from West Virginia to sponsor legislation that would update the list of critical minerals in the National Defense Stockpile. Ernst says the U.S. must find new sources rather than rely on mining in places like China.

“If we opened up our own mining and resourcing here in the United States it would alleviate part of the problem,” Ernst says. “Those minerals that we don’t have here domestically, then we do have partners and allies that we can rely on around the globe.”

Africa and Australia are the site of mining operations that yield the types of critical minerals needed, according to Ernst. She cites a 2019 report that found China provides 82 percent of the world supply of tungsten which is used to strengthen other metals.

“Bottom line, we can’t allow China and Afghanistan and others to control the minerals that we need for our national defense,” Ernst says.

A Chinese company is currently negotiating with the Taliban to tap into one of the world’s largest reserves of copper and security analysts expect China to seek
access to Afghanistan’s untapped reserves of uranium, iron ore and other minerals,