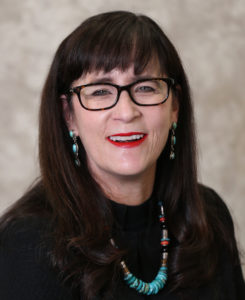 Iowa’s unemployment rate dropped for the fifth consecutive month in May, down to 2.7% percent compared to 3% in April.

Iowa Workforce Development Director, Beth Townsend, says 50,000 more people have jobs compared to one year ago. “Just in the past month, we’ve had over 10,000 more Iowans returning to work, or finding work in May versus the number in April,” Townsend says. “We’re also seeing an increase in our labor force participation number, which is a really good indication, you know that people are coming back into the workforce.”

Townsend says the rate this month is a significant one when it comes to pandemic recovery. “To me, it feels like when we when we finally got below three percent we’ve literally turned the corner and the pandemic is is in the rearview mirror,” she says. “Which is not to say we may not have see more volatility in the unemployment rates, but it won’t be I don’t believe related to the pandemic. “That’s a really good feeling for us to feel like we turn that corner and or move moving on.” The unemployment rate peaked at 11 percent at the height of the pandemic in April of 2020.

Townsend says a new influence on the labor situation is the increased cost of living. “One of the consequences of the high inflationary rate we’re seeing and the high cost of gas is probably getting some people who are on fixed incomes back into the workforce, because, you know, they may not have counted on the increase in their cost of living in terms of their retirement plans. So we might see some people coming back for that reason,” according to Townsend.

The economy also had an impact on the construction industry — particularly in one area. “Those were in what’s considered a specialty job. So maybe people are holding off refinishing their basement. So or doing smaller projects, that specialty concrete construction workers normally do make cabinetry workers that type of thing. We don’t think that’s indicative of what’s happening overall in the construction industry, which we know these are primo months for them to be working,” Townsend says.

She says other areas of construction are picking up. “If you watch the county by county unemployment numbers, you saw Marshall County, I believe their unemployment rate declined by almost half last month because they have so many construction workers in that area,” Townsend says.

Townsend says businesses have added almost 35,000 jobs in the last 12 months. She says leisure and hospitality increased about 100 in May and is up more than 12,000 jobs compared to last May. She says that’s a really good indication of the strength of the economy in terms of people getting out and spending money.