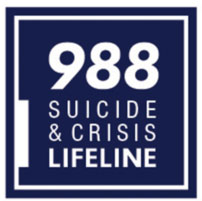 The 988 National Suicide Prevention Lifeline launched in the middle of July and the volume of calls and texts from Iowans seeking assistance has grown significantly.

“We thought it would take some time to build to a higher level,” said Peggy Huppert, executive director of the Iowa chapter of the National Alliance on Mental Health. “They were saying within six months or maybe a year we would expect to see a much higher volume of calls and texts, but it’s like this is just literally right off the bat.”

Two Iowa providers that had been handling calls and texts to a suicide prevention hotline began getting 988 contacts when the national number launched July 16. Since then, the text service reports more than 535 Iowans have chatted via text with a counselor. According to the contractor handling phone calls, 56 of the people who dialed 988 from Iowa in July were at high risk of suicide.

“That is what we suspected is we would start getting calls that previously would have gone to 911 of someone in imminent danger or who has taken the pills or taken an action to end their life and then calls this number,” Huppert said.

Huppert said 911 operators are primarily trained to dispatch emergency personnel, while the staff on the 988 system are trained to provide counseling and assess what services the person may need.

“They are estimating 80-90% of calls and texts that come in, they’re going to be able to handle either on the phone or through texting and they’re not even going to have to send out mobile crisis response,” Huppert said. “That’s huge.”

In the month of July, 988 counselors who received calls referred 325 Iowans to other mental health providers

“The 988 counselors stay on with the caller or the texter until the situation is resolved,” Huppert said. “They stay on as long as is necessary and, in some cases, that might be hours.”

According to Huppert, Iowa was better positioned than other states for the national launch of 9-8-8 service because CommUnity Crisis Services in Iowa City and Foundation 2 Crisis Services in Cedar Rapids had been handling suicide prevention hotline texts and phone calls.