You are here: Home / News / Strike at CNH Industrial in Burlington nears end of 20th week 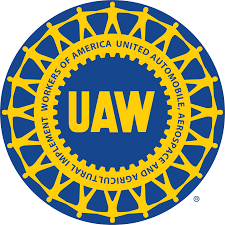 Negotiators returned to the bargaining table this week, hoping to find an agreement that will end the strike at a southeast Iowa plant that makes Case IH and New Holland equipment.

About 430 United Auto Workers members employed at the CNH Industrial facility in Burlington went on strike May 1. Paul Iverson of the Labor Center at the University of Iowa says manufacturing workers nationwide who stayed on the job in the pandemic’s early days seem to approach contract talks differently.

“Workers in organized and unorganized ways have gotten together and said that, you know, we’re just not going to take the labor relations that existed before COVID,” Iverson says.”…It seems in some of these negotiations it seems that it’s taking employers to get t that realization.”

John Deere and the United Auto Workers came to agreement last year that ended a five-week strike. It was the first strike at Deere in 35 years. The strike at the Burlington and Racine, Wisconsin CNH Industrial plants is nearing the end of its 20th week. Iverson says that’s not necessarily a surprise.

“Case New Holland has had a more contentious relationship with its union over time than John Deere has,” Iverson says.

In early May, CNH Industrial released a statement saying the UAW’s decision to strike creates “high anxiety” among employees, customers and the community. CNH made a contract offer in mid-May that it said provided “significant economic improvements” for employees. The union called the offer “subpar,” with very little increase in pay and a downgrade in health benefits.

The company says it’s committed to reaching an agreement and will continue to negotiate.