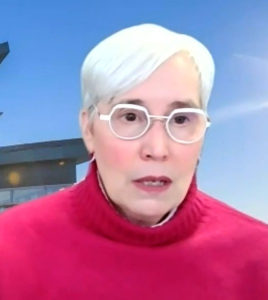 The University of Iowa is participating in a vaccine trial that’s testing out an RSV vaccine from Pfizer in people 60 or older.

The hope is to find protection against the virus which has seen cases increase in the last several weeks. Doctor Patricia Winokur  at University of Iowa Health Care tells KCRG TV that two vaccines are being tested.

“Pfizer and Glaxo both have RSV vaccines and both of them are signaling that the efficacy of the vaccine is strong enough that they’re going to go to FDA and ask for approval,” Winokur says. The latest numbers from the state show 938 positive RSV cases, that’s up from 810 the week prior.

RSV can be dangerous, especially for young babies and the elderly. Pfizer is also testing an RSV vaccine in pregnant women with a goal of having the antibodies pass along to newborns. ”They’re seeing efficacy in the babies in that study so that’s one of the other really exciting things about this vaccine that I think will intrigue the FDA,” Winokur says.

Winokur tells KCRG TV that everyone needs to be cognizant of the virus during the Thanksgiving holiday. ”Be really careful around those that are vulnerable — again especially really young babies and the frail or older adults,” she says. Doctor Winokur said this time of year there is a lot of spread of respiratory illnesses.