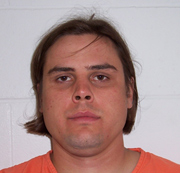 The man who killed Aplington-Parkersburg football coach Ed Thomas will not get a new trial. The Iowa Supreme Court today rejected an appeal sought by Mark Becker, a former player of Thomas’ who shot and killed the coach in Parkersburg in June of 2009.

The court ruled that the jury instructions given during Becker’s original trial “fairly and accurately advised the jury” of the legal standard of insanity. Becker’s attorneys argued that he was insane at the time of the shooting during his trial.

Becker killed Thomas just hours after being released from a Waterloo hospital’s mental health unit. Becker also had other prior hospitalizations for schizophrenia.

Becker was found guilty of first-degree murder by a Butler County jury in February of 2010. He was given a mandatory sentence of life in prison with no possibility of parole.