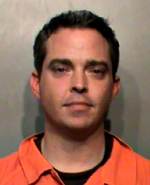 A former chairman of the Iowa Democratic Party has been charged with drunk driving.

Thirty-seven-year-old Michael Kiernan was pulled over at about 1:20 a.m. Friday in Des Moines. According to the police report, he was wearing boxer shorts, but no pants. A test revealed his blood alcohol level was well over the legal limit.

Kiernan has released a written statement, saying he had been at a sports bar watching the Olympics with a high school pal on Thursday night and took a cab home at about 10 p.m.

Kiernan said he left his house about three hours later to get food from a drive-through restaurant a few blocks away. In his statement, Kiernan said he “made a mistake in thinking that by the alcohol had properly dissipated from (his) system.”

Kiernan said he would “take full responsibility” for his actions.

Kiernan resigned as chairman of the Iowa Democratic Party in June of 2010 for medical reasons. He had surgery to remove a tumor that was wrapped around his salivary gland. Tests concluded the tumor was not cancerous.

Kiernan served two terms as a Des Moines city councilman. He has been a key advisor to former Governor Chet Culver, managing Culver’s two campaigns for secretary of state. Kiernan was elected chairman of the Iowa Democratic Party in 2009. He currently serves as the party’s first vice chair.