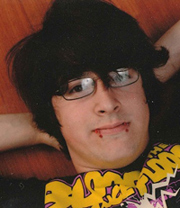 An Atlantic woman says her son and another local teen who ran away with two 15-year old girls from eastern Iowa, teens planned their escapade, based on a romantic notion.

Crystal Sunderman, is the mother 16-year old Corey Sunderman. She says her son, along with 13-year old Austin Boggs, went missing over the weekend, along with Skie Floyd and Jazlyn Visek.

Sunderman says Skie and Austin had been dating. She said the event had been “Set up for a while.” She says all four teens planned it, and that Jazlyn’s dad agreed that the girls had “Romanticized this and are going to hold out for all it’s worth,” thinking they are “cool.”

Sunderman says the teens may be on their way to Florida for a skateboarding event as they’ve been bragging about going to a skateboarding park in Tampa or Miami and mentioned there’s free room and board for skateboarders in that area. She says her son left home with about $400 in cash, but even if he runs out of money, he’ll find a way to get more.

“You know what, he’s a resourceful kid. He’ll stop at some small town and say ‘my truck broke down’ and start going door-to-door getting five, ten bucks here and there, and before you know it, he’s got another couple hundred,” Sunderman says. Crystal Sunderman passed along a personal message to the teens.

“This may seem exciting, but you really have no idea what you’re in for, and as much trouble you think you could be getting into, as your parents we’ll try to protect you as much as possible and get you the help you need,” Sunderman says She implored them to contact “Anybody, from any phone. You don’t have to tell us where you are if you don’t want to, just let us know you’re okay.”

Anyone with information about the case is asked to call the Benton Sheriff’s Department at (319) 472-2337.