You are here: Home / Crime / Courts / Iowa inmate charged with trying to hire a hit on his case worker 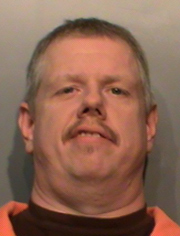 An Iowa prison inmate on work release is facing charges for allegedly attempting to pay another inmate to assault his case worker. The inmate, William Paulsen, was being held at the Fort Des Moines Correctional Facility.

“Mr. Paulsen solicited another inmate to assault his case worker under the belief that, if she were assaulted severely enough, they would have to reassign her case load to someone else,” Halifax said.

The case worker was not injured, but police continue to provide surveillance at her home. Paulsen’s wife, Gabrielle, is also charged in the case.

“His wife approached the inmate in a convenience store and provided that inmate with the vehicle description and license plate number of the worker (Paulsen) wanted to be assaulted,” Halifax said.

The charges filed against Gabrielle and William Paulsen are punishable by up to 10 years in prison and a $10,000 fine. The Paulsens list a home address in Truro – which is about 30 miles southwest of Des Moines.