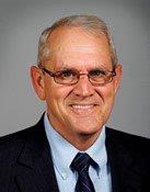 No word — yet — on when Governor Terry Branstad might be released from the Des Moines hospital where he’s being treated for “flu-like symptoms.” Branstad fell ill yesterday, during a speech at Du Pont Pioneer in Johnston, and was taken by ambulance to the hospital where he was admitted “out of an abundance of caution” according to his staff.

Senator Ken Rozenboom, a Republican from Oskaloosa, brought up the subject during a speech in the senate this morning.

“I simply want to remind the body here of our governor’s little episode yesterday and encourage you and ask you to keep him and his family in your prayers and also Lieutenant Governor Kim Reynolds who’s apparently been afflicted with something similar,” Rozenboom said.

Reynolds was coughing and sniffling yesterday, too, and was scheduled to see her doctor this morning. Both Reynolds and Branstad have cancelled all their public appearances today.

“Please keep them in your prayers as the day goes forward, so they can return to their work,” Rozenboom said.