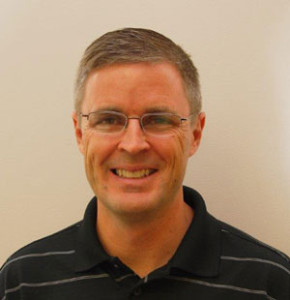 The leader of a group created nearly four decades ago to lobby for a smaller state government and reduced taxes say Iowa legislators will pay a price in 2016 if they support a gas tax increase in 2015.

Rob Solt is president of Iowans for Tax Relief, a group urging lawmakers to vote against any bill that would raise the state gas tax.

“Legislators are sent up here to make tough decisions and the toughest decision they’re probably going to have to make this year is to pass a gas tax increase, which our polls show Iowans don’t want, or to take a look at are the resources there and can they just reallocate them,” Solt says. “And unfortunately at this point no one is willing to take a look at the formula.”

Here’s how the formula works: nearly half of the money raised by those taxes is kept by the state, with 20 percent going to cities and the rest going to counties. Solt suggests the state should keep less and share more with local governments.

“If we get a gas tax increase passed and the money goes through the formula and people expected to get their local road or bridge fixed and it absolutely won’t get done, I mean it will be such a miniscule amount that will get done at the local level, they’re going to be really frustrated,” Solt says. “And they’re going to get to the 2016 elections and say: What did I get for paying this additional amount? And I think it’s going to make people angry.”

It appears momentum is building at the statehouse for a gas tax increase, however. Key legislators yesterday said a vote on a 10-cent hike in the per gallon gas tax could come in February and the higher tax rate might take effect as soon as March. The Iowans for Tax Relief president questions the way the State of Iowa is spending its current portion of gas tax proceeds.

The state taxes every gallon of regular gas at 21 cents. Ethanol-blended gasoline is taxed at 19 cents per gallon. The state tax on diesel is 22.5 cents per gallon. Those tax rates were set in 1989. Gas tax revenue is declining because vehicles are more fuel-efficient and supporters of a gas tax increase say the state is at least $215 million short each year of what’s needed to fix up and expand Iowa’s transportation system.