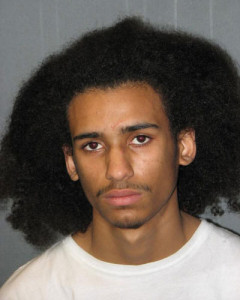 Sioux City Police have identified the officer who was shot by a burglary suspect at an apartment complex early Sunday morning.

Police Chief Doug Young says Officer Ryan Moritz was shot while several suspects were being apprehended. One suspect, 18-year-old Isaiah Mothershed of Sioux City, had been handcuffed and was sitting on a couch inside an apartment.

“During that time, Mothershed was able to obtain a 40 caliber handgun from inside the couch. While seated, Mothershed turned and intentionally fired one shot, striking Officer Moritz on the inner thigh of his left leg,” Young said.

Moritz then began struggling with Mothershed for the gun and another shot was fired. “That round struck Mothershed in the thigh, causing some damage to his leg,” Young said. “No shots were fired by Sioux City Police officers.”

One other officer was in the room at the time of the shooting, according to Young. Officer Moritz was treated and released from a local hospital. Young says Mothershed remains hospitalized and is facing charges that include attempted murder and robbery.

Six other suspects were arrested Sunday at the apartment complex. Mothershed was also charged last July with two counts of first degree kidnapping and two counts of willful injury in what police called “a drug deal gone bad.” Court documents stated Mothershed, armed with a shotgun, bound and blindfolded two men who had come to buy drugs from him. He allegedly heated a metal object and burned the men on the face and neck, and bound and placed the victims in the trunk of his car. Those charges were dismissed by the Woodbury County Attorney.

Chief Young expressed his concern over Mothershed being at large and now charged with shooting one of his officers. “Obviously, it’s very disturbing to the department and the officers who work here. We work hard to put criminals like this in jail,” Young said. “I don’t know what the circumstances were that caused the county attorney to dismiss the charges, but I think it was very evident from the information that we had, what he’s capable of doing. Now, he has shot a police officer.”

Moritz is the third Sioux City police officer to be shot in the line of duty in three years.