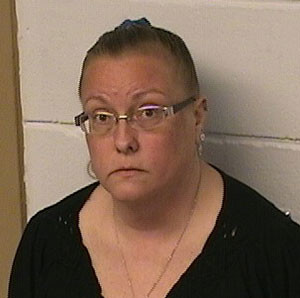 Loretta Dillinger’s body was found in a pond near Lorimor by a hunter on December 2, 2015. An autopsy determined she had been shot. Another body, later identified as Loretta’s boyfriend Michael Robinson, was found buried in Thayer.

In January, 37-year-old Jerry Dillinger pleaded guilty to the shooting deaths of both Robinson and Loretta Dillinger. Murphy is not disclosing much more information about the case, except that Hartley allegedly had Loretta set fire to two homes and then provided Jerry Dillinger with a gun to kill Loretta.

“We can’t really get into the motive at this time,” Murphy said. “The fire portion of this investigation is still ongoing. It is believed that Hartley was part of a plan to have Loretta set fires in both Greenfield and Thayer.”

Jerry Dillinger died in prison last month. Officials say he hung himself using a bedsheet in his cell. Jennifer Hartley is charged with first-degree murder and is being held in the Ringgold County Jail on a $1 million cash-only bond.