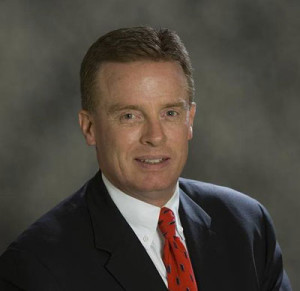 The leaders of Iowa’s largest businesses are optimistic about the state’s economy in the coming six months. That’s according to Elliott Smith, executive director of the Iowa Business Council, which conducts a quarterly survey of its members.

“I think we’re seeing a nice, little bit of optimism expressed by business leaders,” Smith said. “All of our metrics moved forward in a positive way. Sales, capital spending, and employment all improved.”

The survey for the second quarter of 2016 shows 90 percent of the business CEOs expect steady or increased sales over the next six months and 95 percent anticipate steady or increased capital spending levels. All of the numbers improved compared to the IBC’s first quarter survey.

“We’re glad after last quarter, when numbers dropped a little bit…that was an aberration instead of trend,” Smith said. Eighty-five-percent of the business leaders expect hiring levels to remain steady or rise over the next six months. Smith says the next survey, three months from now, could be even better if things improve for businesses tied to agriculture.

“The one sector that remains challenged, and it’s been that way for a number of quarters now, is the ag sector. We are seeing commodity prices starting to rise ever so slightly and hopefully that trend accelerates a little bit,” Smith said.

The IBC’s Overall Economic Outlook Survey Index for the second quarter rose to 62 — five points ahead of the first quarter (57) but five points behind this time last year (670). The Iowa Business Council is comprised of the top executives of over 20 of the largest businesses in the state, the three Regent university presidents, and the president and CEO of Iowa’s largest banking association.